​​​​​​​​​​​​​​​​​​​​​​​​​​​​​​​​​​​​​​​​​RIPSifu Darrell Jordan and the WVTA family extends its sincerest condolences to the family and friends of Mike Goericke and Matt Balducci and Justyn Rowe. Mike was the oldest son of Sifu Steve Goericke, Sifu Jordan's Sihing and best friend. Sifu Matt Balducci was a close friend of Sifu Jordan's in Florida. Matt was a true Ving Tsun Sifu and loved his Ving Tsun. May Peace be upon you both on your journey back to the loving embrace of God. You will always live forever in the hearts of those who knew you. Most recently Sifu Justyn Rowe passed away on October 02, 2017. Justyn was a disciple of mine and ran the Apopka Branch school in FL. His family is seeking help from family and friends along with anyone who would like to help them in their time of need. Please visit: https://www.gofundme.com/financial-support-rowe-family Thank you very much. Sifu dj

​​​Nominations submissions will no longer be accepted. Thank you to all who made submissions for this annual event.
​
​
​21 June 2017 Adam Tihinen and Brian Survived!

​​Brian Messerli and Adam Tihinen have both concluded an intensive training work shop with Sifu Jordan. They spent 5 days for 8 hours a day, essentially learning their next level, Adam = Biu Jee and Brian = Muk Jong. It is a cram course and not easy to complete because of the amount of training involved on a daily basis. They consequently were issued Certificates of Survival which automatically inducts them into the Noble Brotherhood of the Dragon Hump, an exclusive brotherhood of survivors of Sifu Jordan's' Intensive Training Program (ITP). The WVTA sends its congratulations to both Brian and Adam, job well done!

​​​​​​​​​​​​​Sifu Kwok commissioned his father, world renowned calligrapher: KWOK Yuen Wah to create this master piece, it reads: "Ving Tsun Courtesy, Integrity." This is truly  the most beautiful calligraphy I've ever seen. Thank you so much to the Kwok family for bestowing such an honor on me. It is most appreciated.
​
​​​​​​​​​​​​​​​​​​​​​​​​​​​​​​​19 May, 2017 Grandmaster Jack Ling and Master Ken Chun receive recognition awards! Congratulations!

Justyn Rowe and Santos Suarez, both Branch Head Instructors took their 8 hour Sifu test on Feb 5th​ and conducted the test for the lesser ranks (see promotions page). Sifu Jordan also visited the Altamonte Springs Branch School and worked out with some of the class. Short vids on the Members Only page. There was a special stop at the locally renown Lee's Palace restaurant in Maitland to visit with the owner, Sifu Lee.

Grandmaster Ralph Mitchell of Jook Lum Praying Mantis fame, a student of the renown Gin Foon Mark has been inducted into the WVTA LTA HOF. This HOF is to recognize the life time achievement of any martial artist regardless of style. Congratulations GM Mitchell!

The Executive Board and the Founder & President of the WVTA extends their deepest condolences to the Chow family as well as the Chow Students. Grandmaster Chow was an extraordinary man with consummate skill in Ving Tsun. A true Grandmaster in Ving Tsun and senior disciple of Ip Man, GM Chow will be sorely missed in the Ving Tsun world. 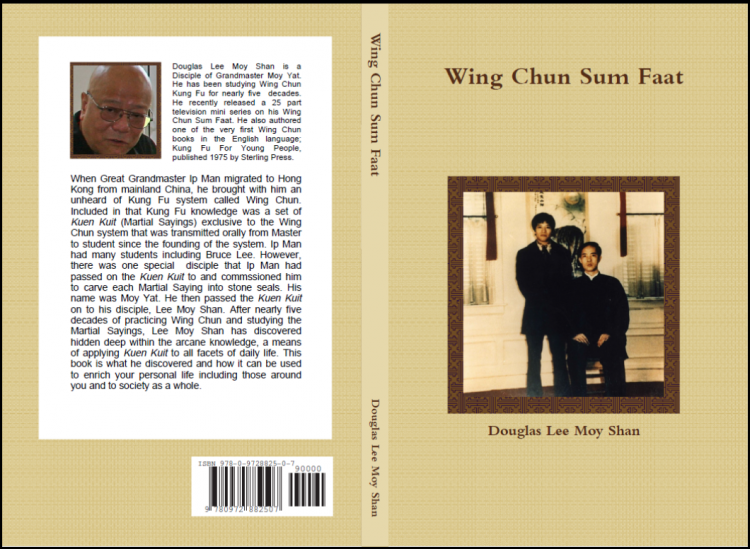 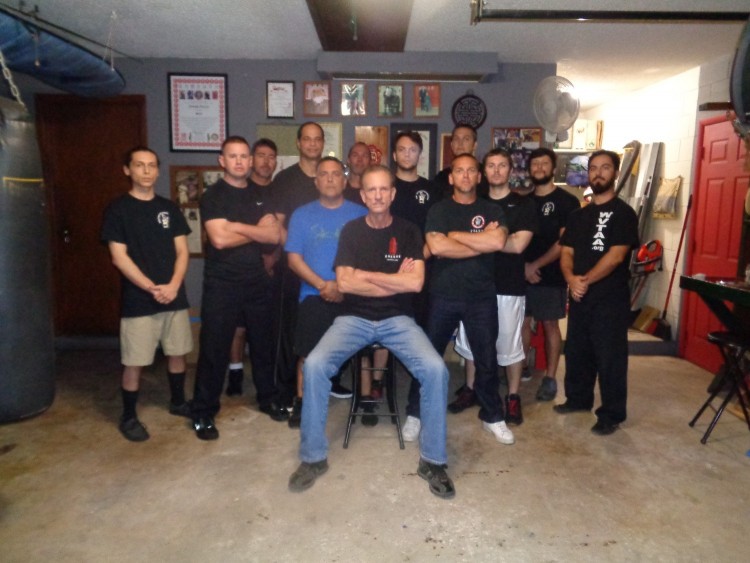 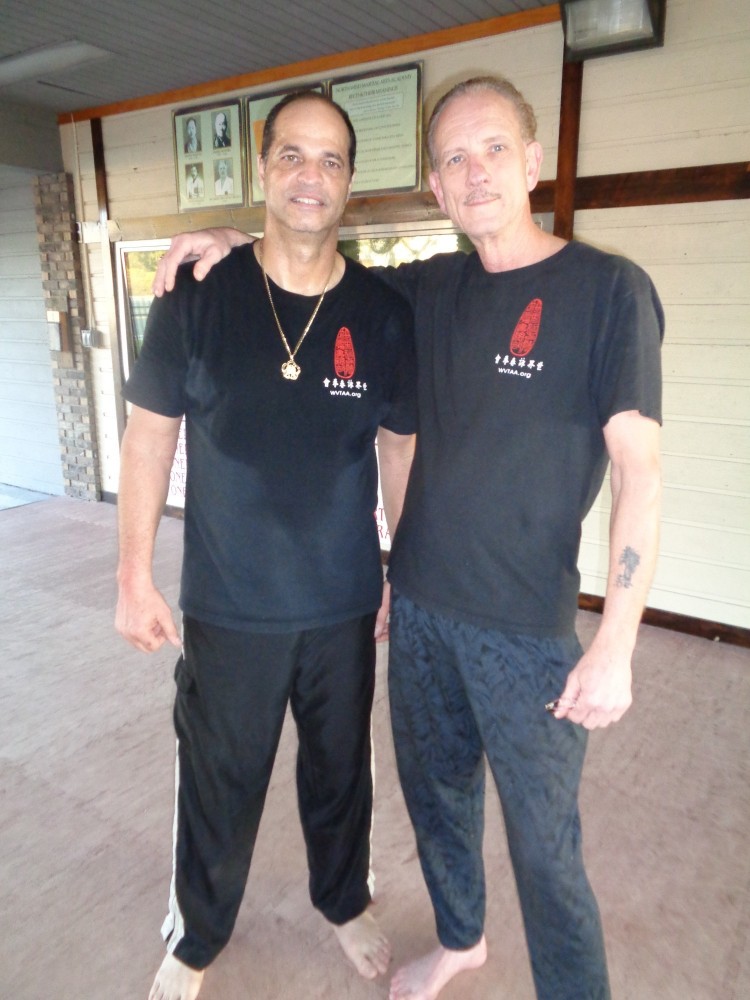 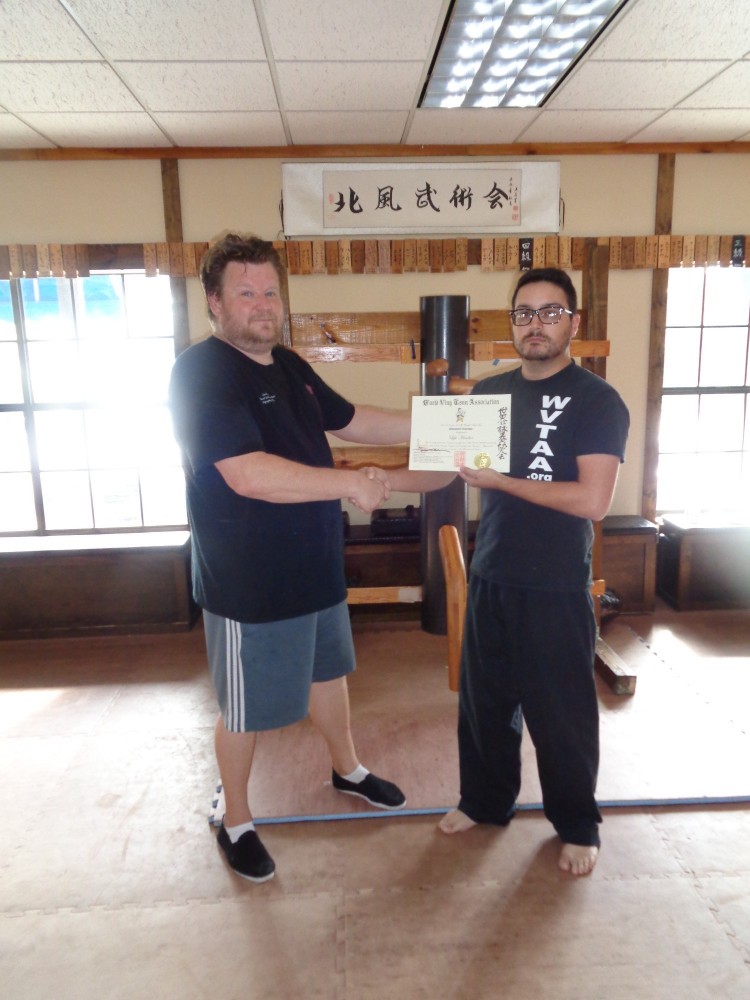 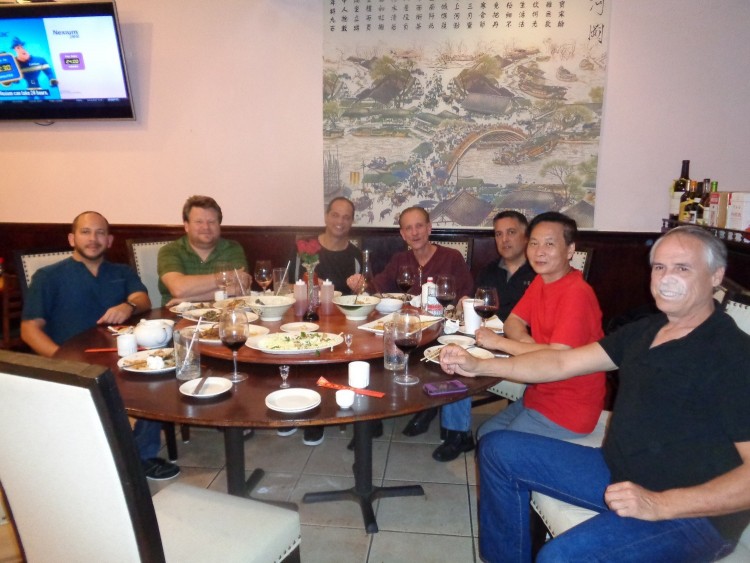 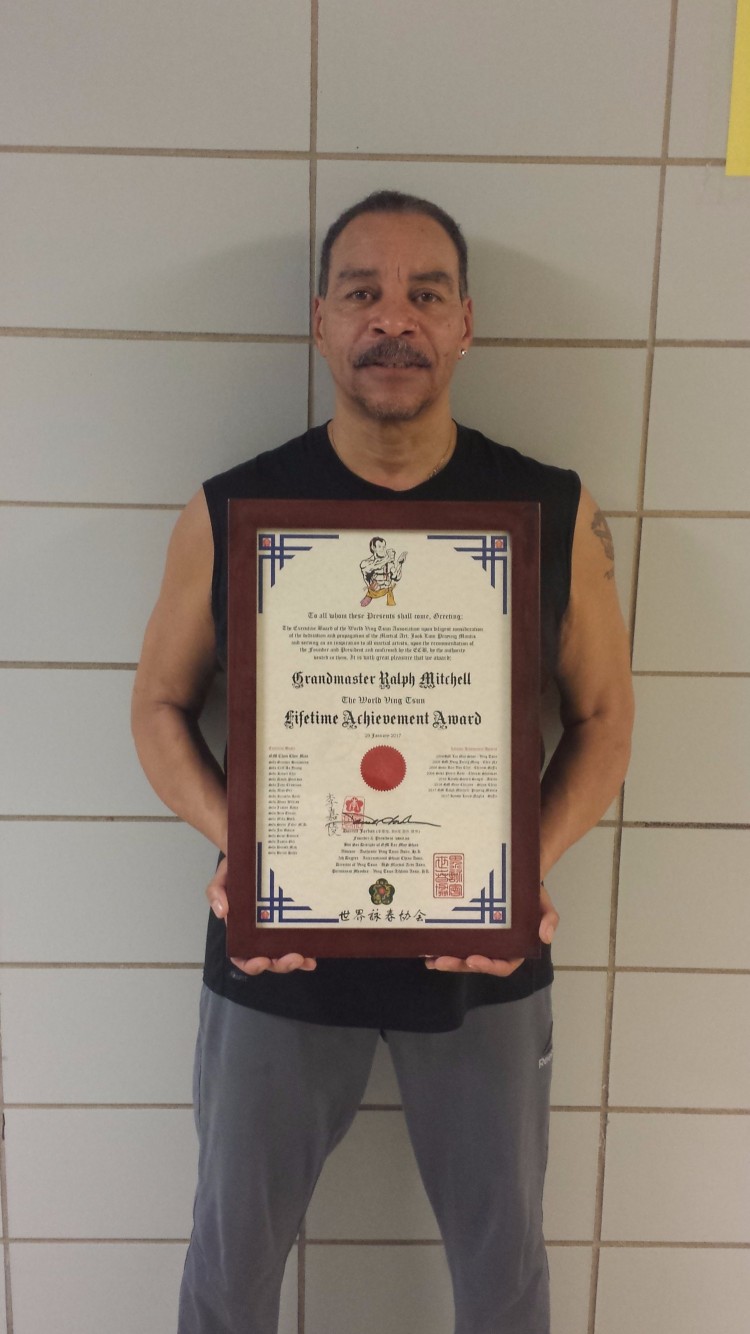 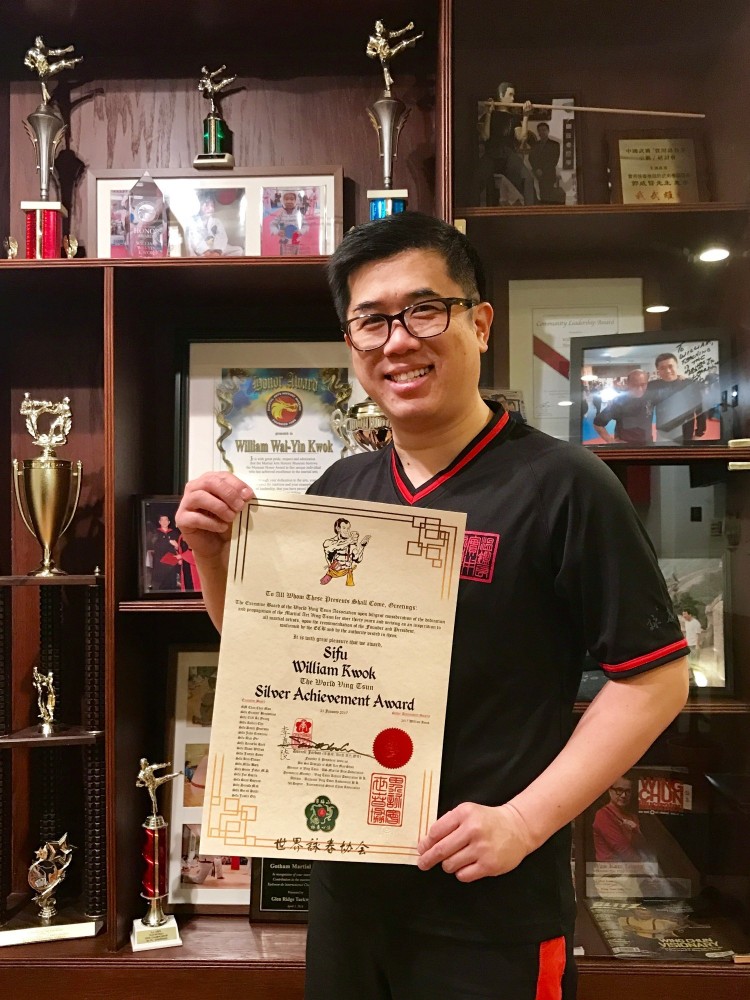 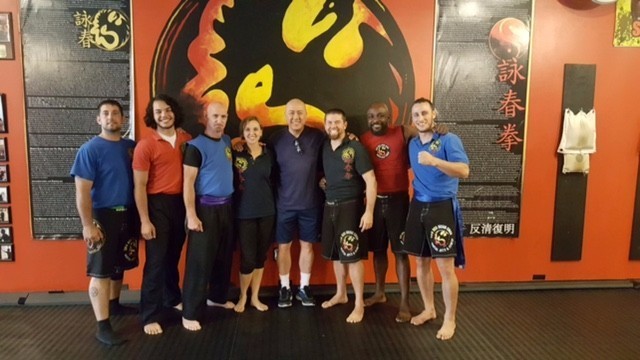 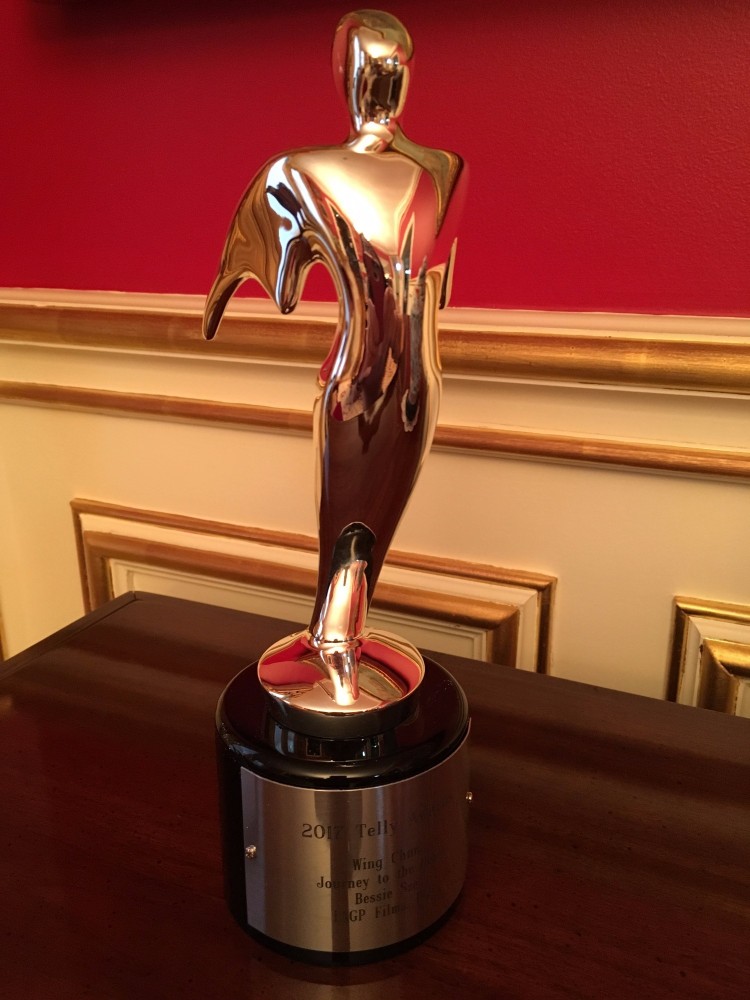 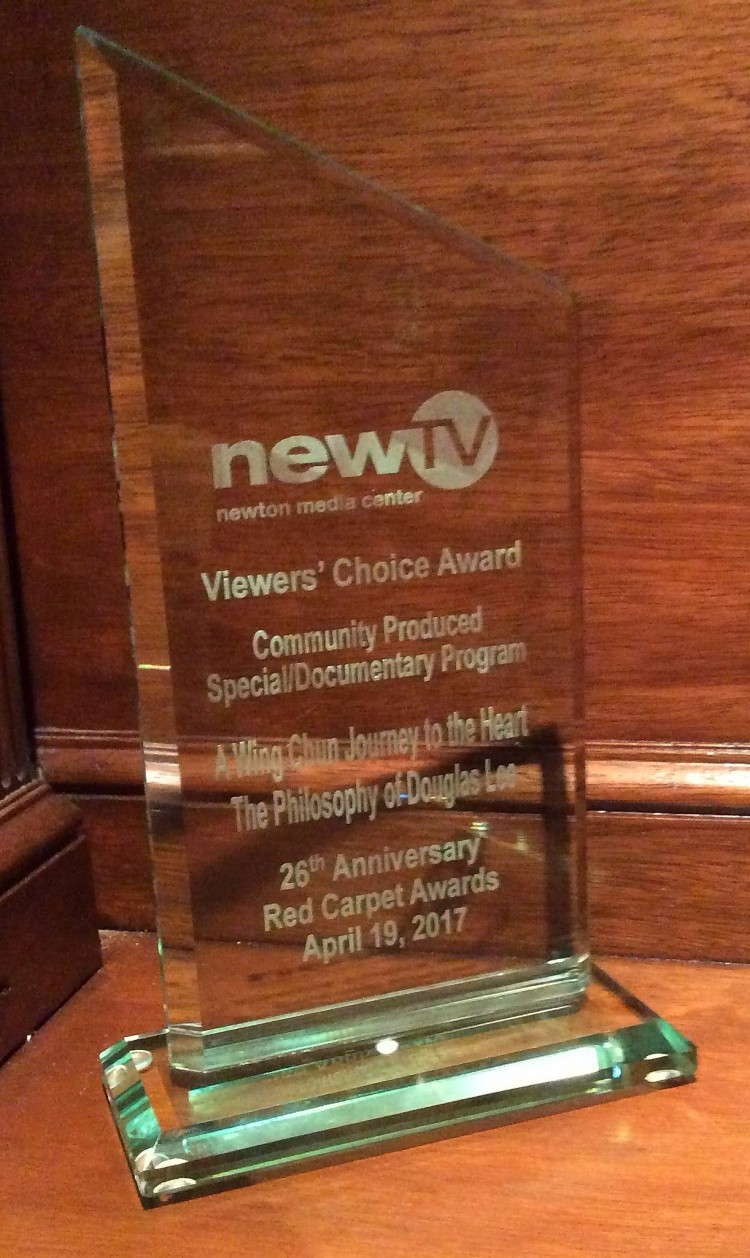 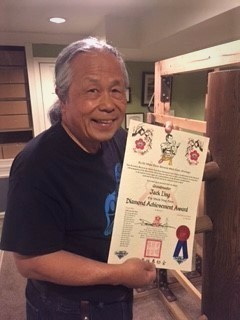 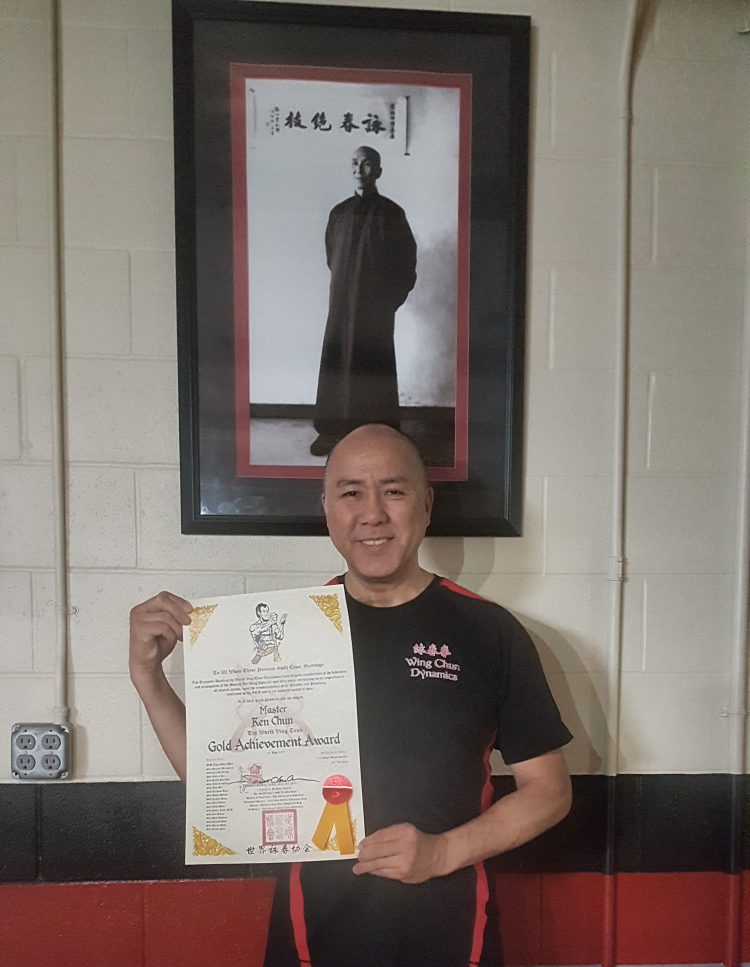 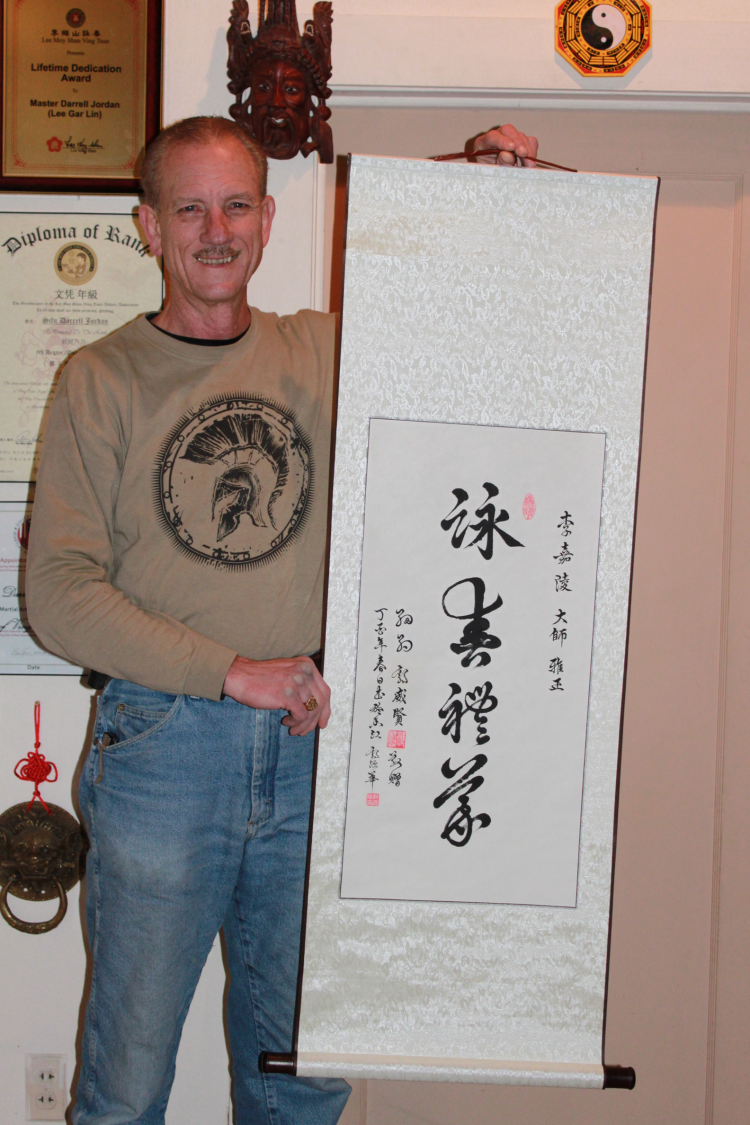 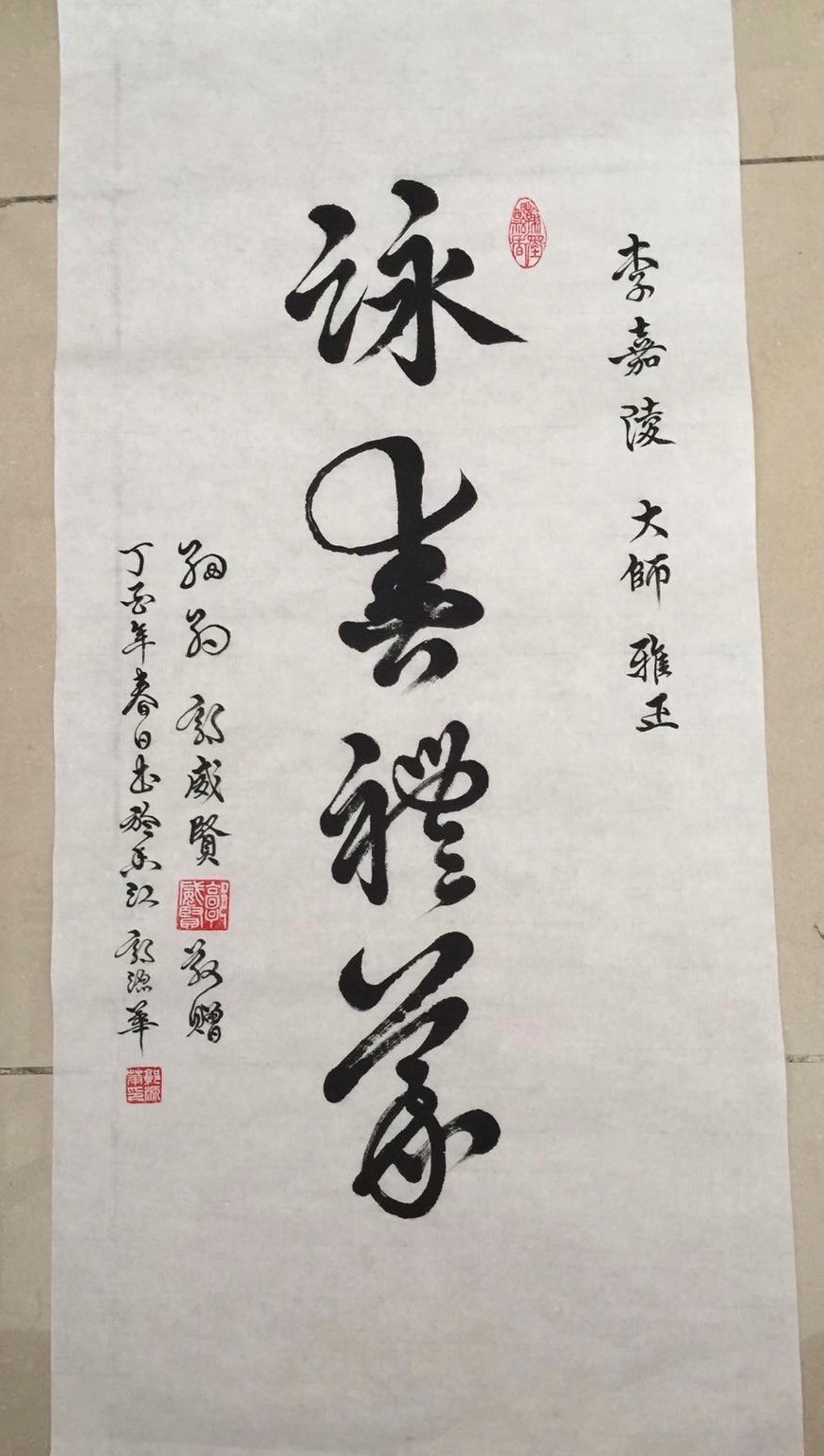 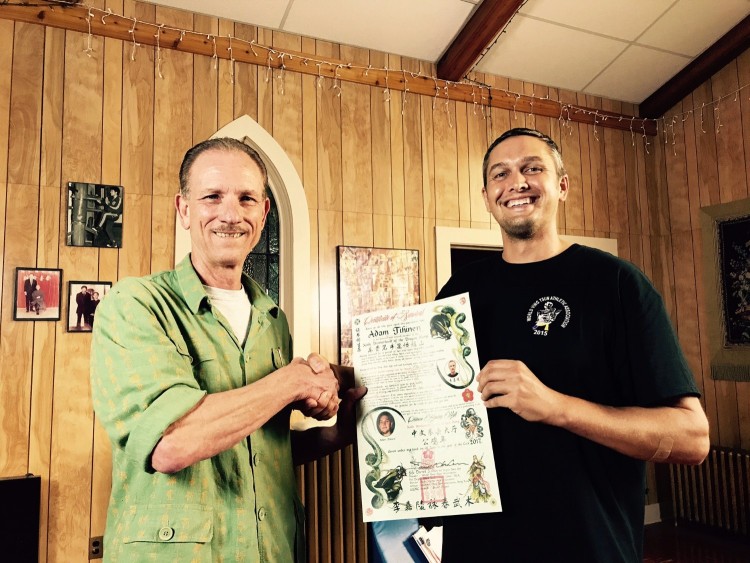 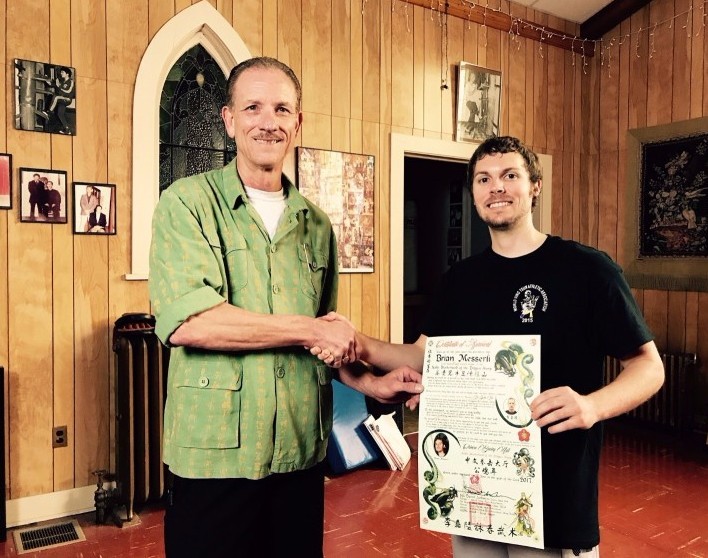 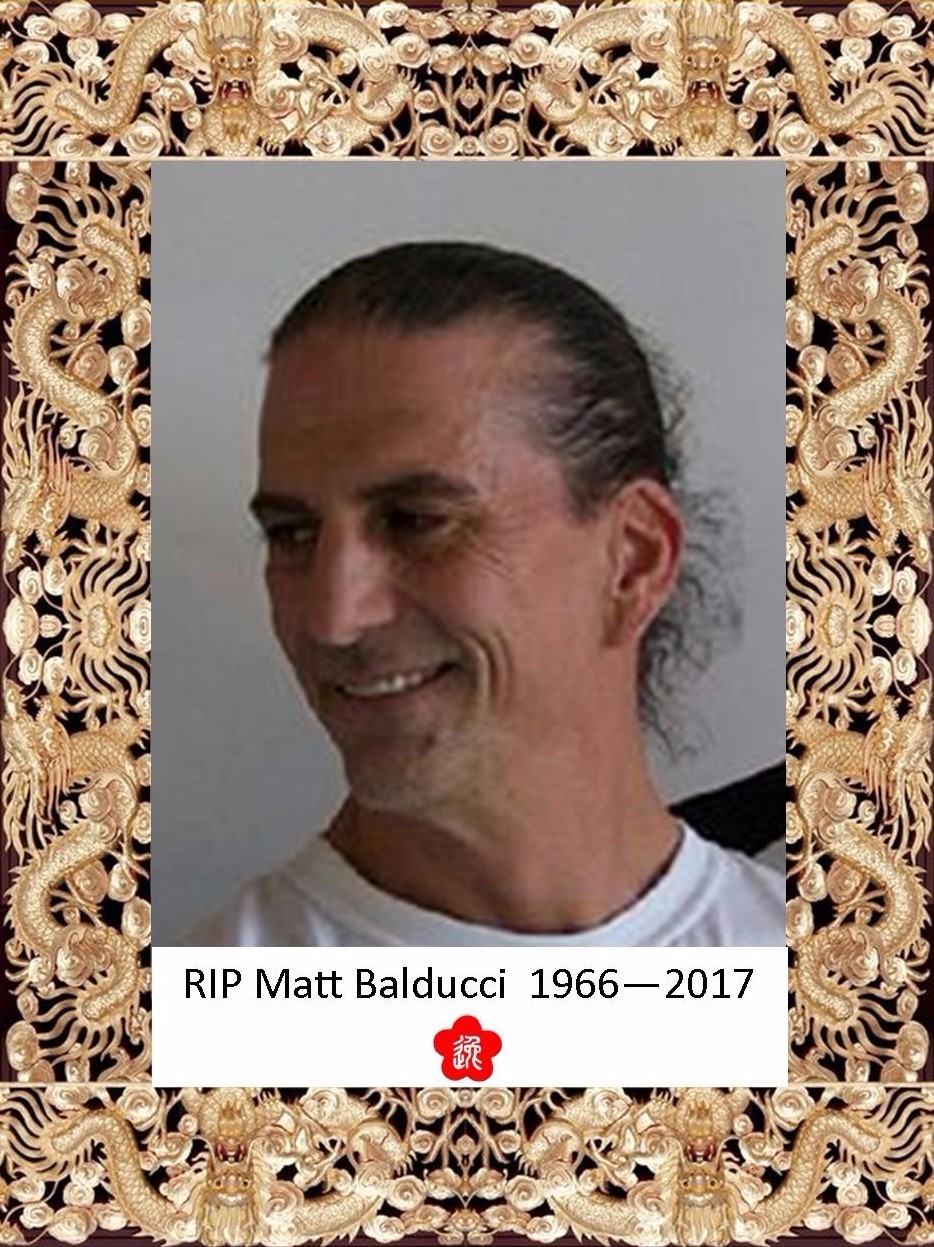 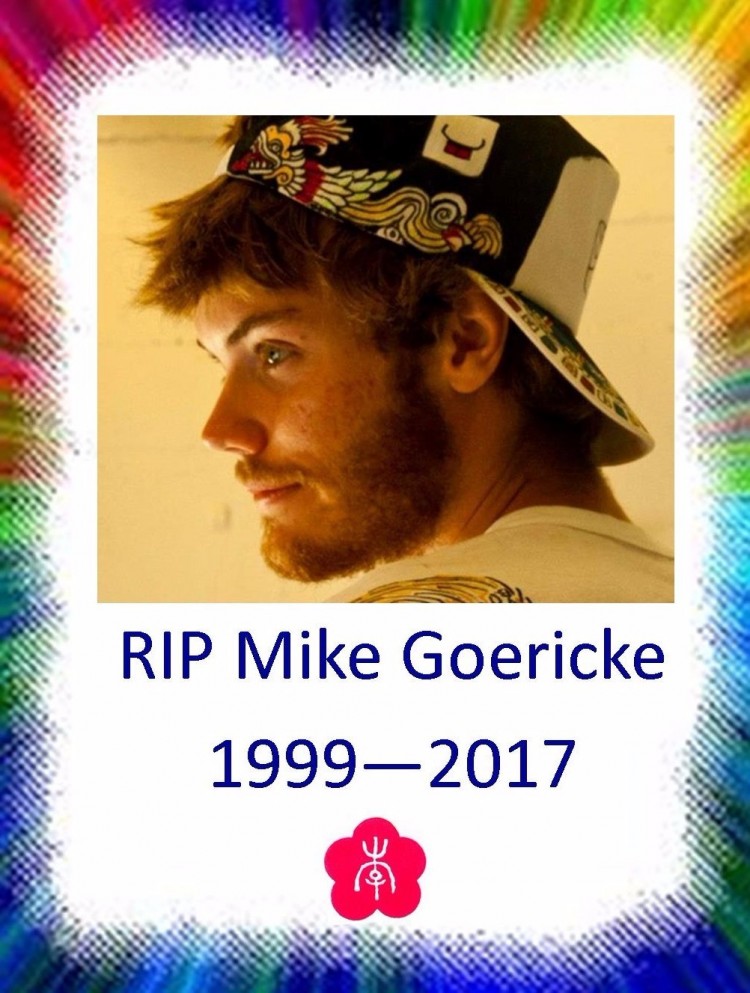 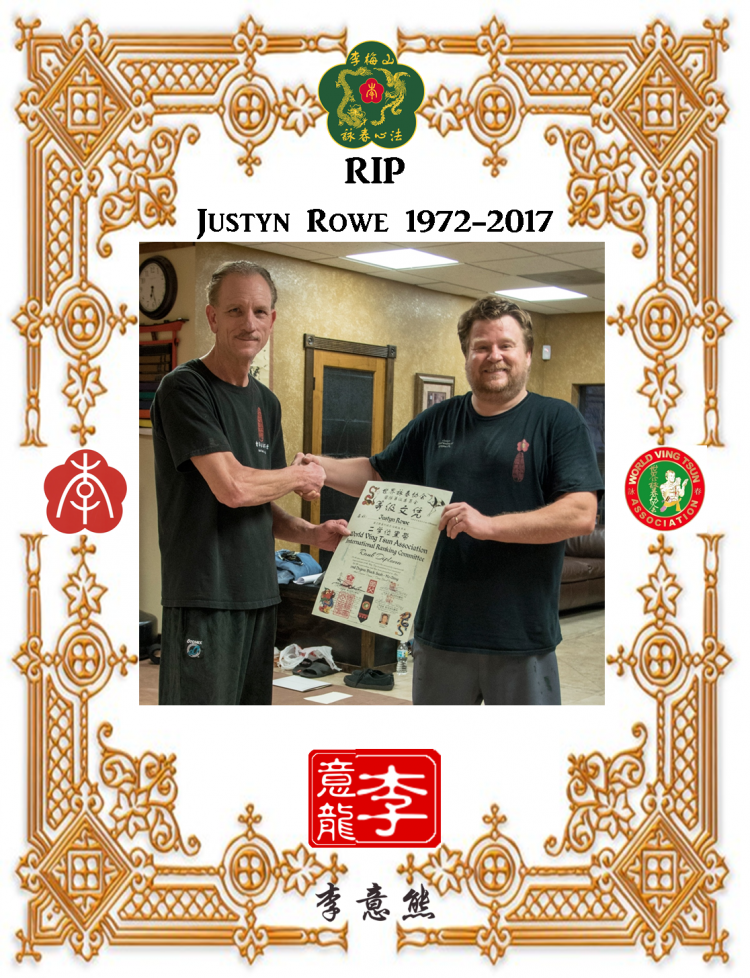 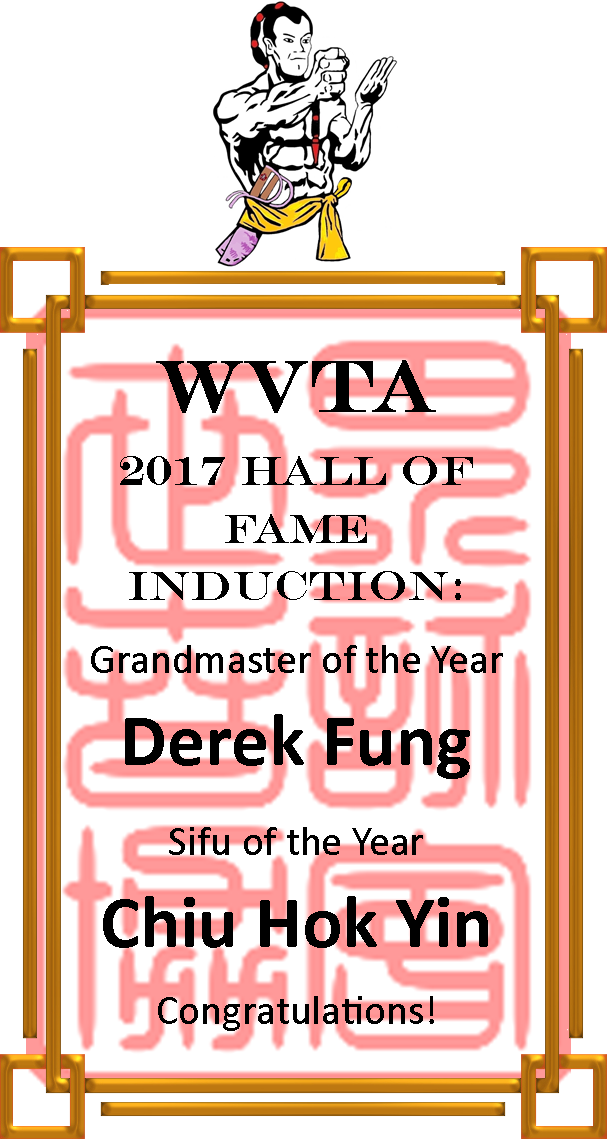